For 23 years Samuel Wuersten has been artistic director of Holland Dance Festival. But trying to ‘whip together’ an exciting festival program that appeals to a broad audience remains a challenge.’ “The amount of preparation, the continuous search for the right ingredients: I often compare it too cooking, its’ as if you are allowed to prepare an exquisite fifteen course meal over and over again.” The pallet of new, tantalizing flavors in this festival edition is once again extensive. “As a festival we want to be a window to the world. To surprise people with dance that’s different, that tickles the taste buds in a different way.” 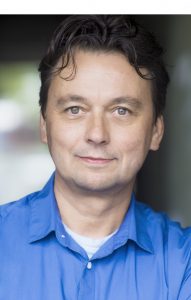 A few years ago he stated that he would love to put ‘ambassador of virtuoso dance’ on his business card. “But”, Samuel Wuersten clarifies now, “ virtuosity knows many shapes. For me the subtle, expressive gestures of the 66 year old Sabine Kupferberg are just as virtuoso as the extreme lift of Sylvie Guillem’s legs. I love dance as an expression of a physical language. I think it’s important that people – whether they are professional dancers or amateurs – are able to express themselves through dance. And it doesn’t really matter to me if they portray an entire novel with their body, a single thought or a tender poem.

In these times of countless crossovers, fusions and multi-disciplinary performances it somethings seems as if pure dance is ‘not enough anymore’, Wuersten (55) says. “I applaud it when someone wants to engage in collaboration with an artist from a different discipline. But, other than what seems to be the notion nowadays, it’s not a must. Pure dance is strong enough, purely as a physical language, to stand alone.

That one gut feeling

How does he choose from the global selection? “First and foremost ‘something’ has to stir deep inside. I will never program a performance if I don’t have complete faith in it, the sense of responsibility I feel is far too great for that to happen. It’s hard to explain exactly how that works, but really it always comes down to a single moment. That one overwhelming instant when you think: yes, this is it, this performance has that broad impact, this is a production that will really move people. It’s an elusive thing, but you could call it a kind of click, a sense of: wow, yes, I was there, I was allowed to be a part of this. And then comes the realization: this has to be in the festival, I want to share this with a larger audience. Of course every choice involves the mind, but most of it happens in the gut.”

By now the list of countries from which he brought productions to the Netherlands is so long that he himself has lost count. “I think it’s important to offer something extra. In more than 95 percent of the productions we bring over here either the company, or the choreographer, or the performance is new to the Netherlands – and in many cases it’s all three. But even more important to me is to ensure that the content of our program is enriching, that we as a festival open the windows to other countries and cultures and place dance in an international context. Just like the majority of Americans only watch American movies, I sometimes get the impression that we here in the Netherlands also suffer from the same kind of conditioning: we have rather rigid ideas about what a dance performance should be and what it should accomplish. This is precisely why we, as the Holland Dance Festival, find it very important to take people out of their comfort zone. In an attractive, gentle manner. The audience really doesn’t need to ‘eat locusts’, but things are allowed to be different, strange and exotic.”

“It is my vision that it’s not a luxury to look beyond the national and European borders but a necessity. Because you never know where the latest, most exciting and important developments are happening. Countries like Macedonia and New Zealand may be lagging behind in our ‘western dance view’, but they have tremendously evolved over the last years. Choreographers there really succeed in creating something authentic.”

Wuersten acknowledges that each edition of the festival speaks volumes about his own taste, but it has been developed with a broader vision than just his personal preferences. “Someone has to be chef”, he says. “So yes naturally you will see my signature. It would be strange it that wasn’t the case. But I don’t organize this festival just for me alone, but for the audience. For the, the sold out halls and enthusiastic reactions are leading. If the theatres would become empty then I would strongly doubt my choices. But luckily we have an average occupancy of over eighty percent, so clearly we are still on the right track.”

He doesn’t have to think long about the most important aspects of the upcoming festival edition, at the start of 2018: “The enormous diversity of the program and the fact that 95 percent is premiering in the Netherlands from no less than nineteen different countries.”

Two spearheads stand out. “The first is ‘the older dancer’, a subject that’s close to my heart and moreover a genre that is currently hot. The German 40+ ensemble Dance On – call them the new NDT3 in Europe – returns to the festival. We also present a remarkable duet that the Swedish master choreographer Mats Ek created for his wife and muse Ana Laguna who’s 62 and Yvan Auzley, former dancer of the Cullberg Ballet. The Korean Dancing Grandmothers can be seen in our country for the first time  with an absolute feel good performance by choreographer Eun-Me Ahn about old age and the energy that is released when you dance, even if you’re close to ninety. And we are also presenting a new edition of our community project for all ages Good (old) Times.”

The second spearhead in the festival is technology. “Technology has the image of being cold and distant, because it’s increasingly replacing man, and seen as a threat. But in the productions we present technology has a completely different meaning and effect. For instance, the production that features the Taiwanese choreographer and dancer Huang Yi dancing with robot KUKA is mostly moving and emotional. In his goal to be the perfect child, Huang really longed for a robot as a friend and companion when he was young. He has shaped that desire in an intriguing manner and at the same time has addressed the demographic ageing in Asia in a very humorous way. By using technology the French Company Käfig creates in Pixel mainly visual spectacle and magic. In the pixelated world where the hip-hop dancers perform you can see the walls expand, waves roll, floors break open.

Apart from these two themes the sixteenth edition of Holland Dance Festival has a lot to offer. Wuersten is incredibly proud that he is bringing the Martha Graham Dance Company back to the Netherlands after thirty years. “Graham is an icon. As ‘the mother of contemporary dance’, she has inspired choreographers all over the world. Her impact on Dutch dance was also substantial; Rudi van Dantzig, Hans van Manen and many others adopted elements from her work.”

Other festival toppers are, according to Wuersten, La Belle et La Bête by the French choreographer Thierry Malandain and the Canadian skating production Le Patin Libre. The first one is a  major production of international allure. Of course there’s an association with Disney, but Malandain’s version has nothing to do with that. His neo classical style is very refined and elegant. Le Patin Libre is an example of our eternal hunger for new things. It is not Holiday on Ice, not a plot driven ballet performed by figure skaters. It is a genuinely new, hip and fascinating, and synchronized ‘gliding’ in formation is one of the basic elements. This show was a giant hit already in London and Paris.” 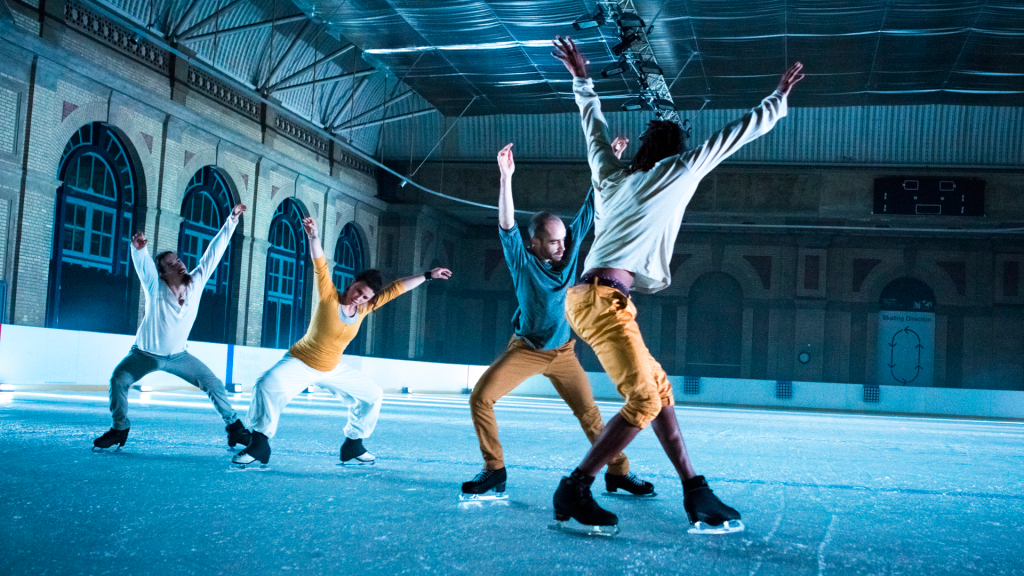 In 2013 then secretary of state Halbe Zijlstra cut funding for all festivals. Up until then Holland Dance Festival received 450.000 euro annually, now the yearly subsidy from the Fonds Podiumkunsten is only 62.500 euro. Still, neither Wuersten’s ambition nor the festival program seem to suffer much. “It’s the new reality”, he says pragmatically. “We have become really good at being entrepreneurs and in starting partnerships and initiating collaborations with other countries and theatres.”

His extensive international network plays a crucial role in that. Apart from being artistic direct of Holland Dance Festival, Wuersten is among others also curator of the Moscow Context-festival (led by Diana Vishneva), artistic director of the Bachelor dance program of the University for the Arts in Zürich and a board member of the Rotterdam Codarts. “There have been people who felt that it was unacceptable for me to have this many functions. But I can only say that I find every day that there’s so much added value. I can constantly connect opportunities and initiatives and people. I also see it as an obligation. Power, influence, favoritism: it means nothing to me. I only serve the dance, not my own career. And I think it’s a privilege and an honor to fulfil this role. Still after 23 years.”

He has to think about the question whether he still has a dream. Then he resolutely answers: “Yes, I would like to be able to program a festival without always worrying about money. That when someone charges eight thousand euros for a performance I can just say: ‘Yes, no problem!”.