Between past and future, dance and debate, legacy and creation!

“With this exotic dive into the history of dance, Maud Pizon and Jérôme Brabant take us on a fascinating journey between past and future – Journal La Terrasse”

For their production of A TASTE OF TED, choreographers Jérôme Brabant and Maud Pizon were inspired – more poetically than historically – by two important pioneers of American modern dance. The Ted we’re talking about is Ted Shawn (1891-1972), who – together with his (ex-)wife Ruth St. Denis (1879-1968) – created a unique and eclectic dance language in the 1930’s. The two mixed ballet and modern dance moves with influences from, among other things, traditional Asian, African, and American Indian dance styles. By gaining insight into the dances of these ‘strange’ cultures, they wanted to free the human body. With his virile and athletic performances, Shawn also significantly contributed to male emancipation in the art of dance.

Retro-visionary
What can the legacy of these two pioneers still tell us today? That question was the starting point for A TASTE OF TED, a cheerful, funny performance, set between past and future, dance and debate, choreographic legacy and creation. Accompanied by the virtuoso piano playing of Aurélien Richard, Jérôme Brabant – born on Réunion – and the French dancer and choreologist Maud Pizon take a free dive into the Denishawn repertory, as the Shawn and St. Denis legacy is known. Based on moves and clips from a few rarely – and in Europe perhaps never – performed choreographies, the retro-visionary duo takes the audience on a journey. In it, they create a dreamlike, mysterious, and fascinating atmosphere, analogous to the original choreographies.

Brabant and Pizon have studied the Denishawn repertory since 2012. That led to a residence from the Hors Les Murs program at the Institut Français in 2016, and in 2017 they received a grant from L’Association Beaumarchais-SACD. Their research has resulted in the creation of A TASTE OF TED.

“The modern dance tree has abundant roots, and two of its thickest and oldest belong to
Ruth St. Denis and Ted Shawn” – The New York Times 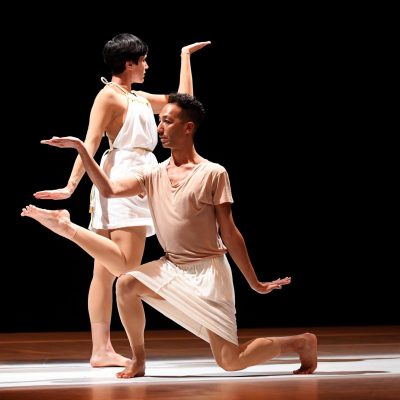 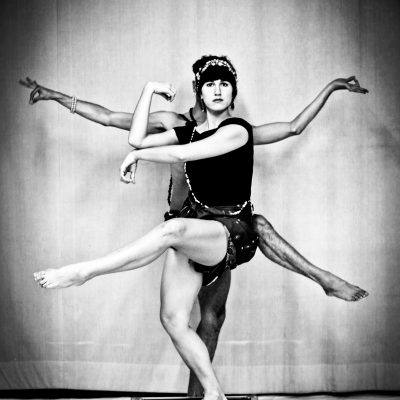 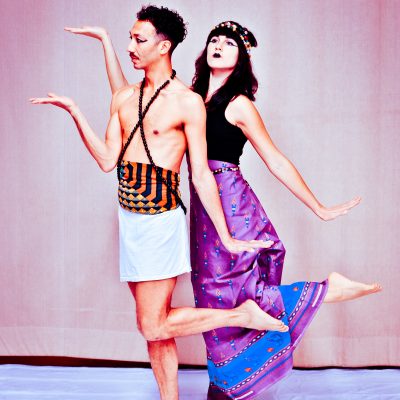