You are here: Home > An evening with Carlos Acosta

An evening with Carlos Acosta

“Carlos has that rare wow factor.”

The Cuban Carlos Acosta is one of the greatest international ballet stars of the past decades. For years, he was the principal guest artist at the British Royal Ballet and also performed with countless prestigious ballet companies, such as the Ballet de l’Opéra National de Paris, American Ballet Theatre, and the Bolshoi Ballet in Moscow. In 2016, he said goodbye to The Royal Ballet – earning him a standing ovation lasting over 20 minutes – but he continues to perform, though for the last few years only in the contemporary repertory. Besides that, he founded his own company Acosta Danza in his home country of Cuba and he’s been the artistic director of the Birmingham Royal Ballet since the beginning of 2020.

Difficulties in times of Corona
Only once before, Carlos Acosta could be seen on stage in the Netherlands: in 1997, he was a guest with the Dutch National Ballet in the Nutcracker. The intention was set to perform a varied ‘Mixed Bill’, 25 years later during the eighteenth edition of Holland Dance Festival, with Carlos himself as the lead.

Because of the announced alterations in Corona measures on the 25th of January, it regretfully has not been possible to round off the complicated visa procedure for the Cuban dance partner of Acosta, which means that they cannot make it to the Netherlands in time for the programme ‘An Evening With…’.

We had anticipated the visit enormously, to be able to welcome him with his solo program, which now has gotten a twist. As Carlos Acosta still wanted to be present during the Holland Dance Festival, the program has been altered. On Sunday 6 February, Samuel Wuersten (artistic director of Holland Dance Festival) will host an interview with Carlos on stage, which undoubtedly will give a fascinating insight into the development and life of Acosta. This in-depth interview will include imagery and will be livestreamed from The Hague.

Acosta Danza
The complicated visa procedure to travel from Cuba also concerns the dancers of Acosta Danza, who unfortunately also cannot make it in time for their performances during the Holland Dance Festival. The performances of 100% Cuban by Acosta Danza are therefore moved to February 2023.
Holland Dance Festival will present the exclusive premiere of this special company in the Netherlands, in Luxor Theater Rotterdam. 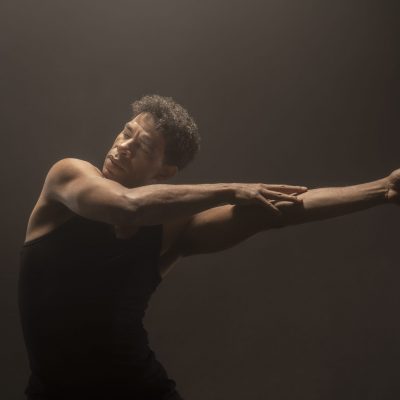