Talent On The Move

Every year since 2009, Holland Dance Festival has organized Talent On The Move, giving you the opportunity to get to know the vibrant young dance talent of Codarts Rotterdam, the international hotspot for contemporary dance. This eighteenth festival edition includes a particularly special edition of the program: the Codarts dancers share the stage with students from the prestigious Conservatoire National Supérieur de Musique et de Danse de Paris. A wonderful opportunity for the young dancers from both cities to broaden their horizons.

Important dance heritage
The joint performances during the festival – and those in May 2022 in the Centre National de la Danse in Paris – are the highlight of a larger exchange project, for which Holland Dance Festival managed to get support from DANCE ON, PASS ON, DREAM ON (DoPoDo), a European grant fund that not only supports projects for older dancers, but also encourages the transmission of important dance heritage. During the entire academic year of 2021/2022, the young dance talents of Codarts and the Parisian Conservatoire are working on creations by various top choreographers, who each have a connection with either the Netherlands or France.

Female solo, multiplied
The French students present ‘Suite for five’ by Merce Cunningham. Furthermore, the French will dance Hearts and Arrows by their countryman Benjamin Millepied, known for his creations for – among others – the New York City Ballet, the Ballet de l’Opera National de Paris (of which he was the artistic director for a short while) and the Hollywood film Black Swan.

The Codarts dancers can be seen in Bravo Charlie by Marco Goecke, in an excerpt from Wings of Wax by Jiři Kylián and in Femme by the Belgian choreographer Jens van Daele, who unexpectedly passed away in 2020. Dancers from both cities will also present a jointly executed choreography from Kylián’s Whereabouts Unknown and will be performed by all the female students from both programs.

The birthplace of ballet
Cédric Andrieux, head of the dance department at the Parisian Conservatoire: “This collaboration offers our students a wonderful chance to broaden their horizons, to come to the realization that there is also much to experience outside of France when it comes to dance. For this project, we selected first-year students of our relatively new master’s program. It is mostly unconnected to the bachelor’s program at our conservatory, which is entirely classically focused. In the master’s program, we want to offer a broader education, cancel the divide as it were, so that modern dance students will be able to dance Forsythe as well and the classically trained know Trisha Brown. In that respect, I believe that Codarts has us at a disadvantage. Paris might be the birthplace of ballet, when it comes to diversity and multiculturality, we have a lot to learn from you.”

“It is absolutely vital that young talent is discovered and developed (…) Judging by this year’s edition of Talent On The Move it is easy to see how Holland maintains its position as a world leader in contemporary dance (…) I would be hard-pressed to find even the mildest criticism of any aspect of the evening’s performance. It was all brilliant”
– Arts Talk Magazine 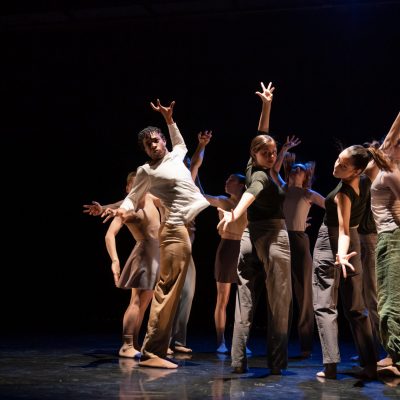 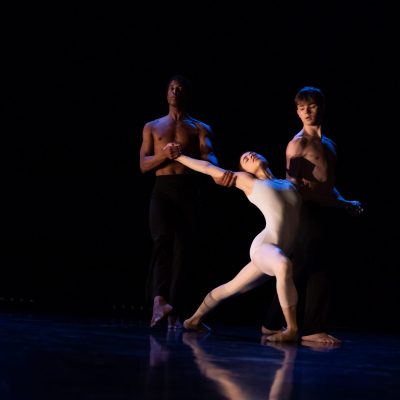