You are here: Home > Gandini Juggling | LIFE – A love letter to Merce Cunningham

“What if Merce Cunningham would have juggled?”

Anyone who loves dance and is active on social media has probably seen them before: the fabulous dancers/artists of the London circus company Gandini Juggling. Not only have they mastered the art of juggling to perfection, but their productions are also of a high artistic level. In them, they often let themselves be inspired by the giants of dance. For SMASHED, the show that brought them world fame, for example, they based themselves on the oeuvre of one of the most important choreographers of the twentieth century: Pina Bausch. 2022 presents a new dive into international dance heritage: LIFE, a love letter to Merce Cunningham (1919-2009), one of the icons of American modern dance. Guided by a radical approach to space, time, and technology, Cunningham developed a unique style and a technique that highlights the almost limitless opportunities of human movement.

Escape to another world
About the idea for this new show and their fascination with Cunningham, Gandini Juggling founders Sean Gandini and Kati Ylä-Hokkala said: “For three decades, we have looked at and been inspired by the work of Cunningham. At the back of our minds, there was always the exciting thought: what would have happened if Merce had choreographed juggling? And is it possible to create something that, despite its obvious roots in the Cunningham universe, offers an escape to another world? Something new that retains the essence of the original, something that would not have existed without the source, but at the same time has its own reason for existence?”

LIFE will be an attempt to answer these and other questions, according to the two. In doing so, they can count on the approval and support of the Cunningham Trust and in preparing the production are working together with a few former dancers of the legendary Merce Cunningham Dance Company.

Shows in more than 50 countries
Gandini Juggling, founded in 1992, celebrates the art of juggling in all its facets. Not only does the group explore what juggling is, but also – and above all – what juggling can be. The company is made up by a virtuoso core group of jugglers that is extended with specialists in diverse genres for each production. By now, Gandini Juggling has performed over five thousand times in more than 50 countries all over the world. 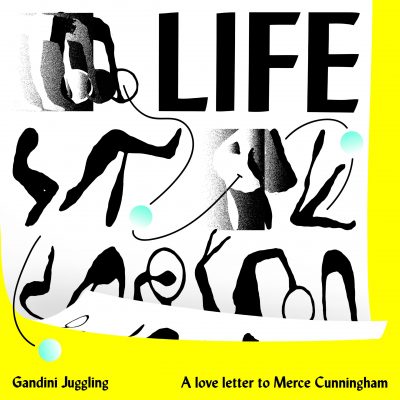 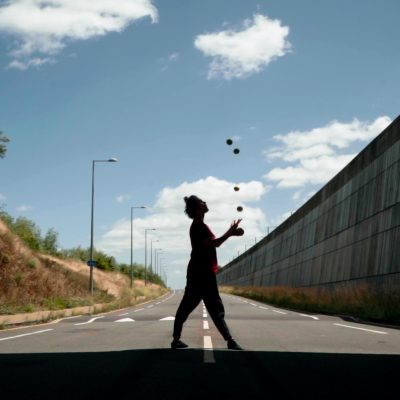 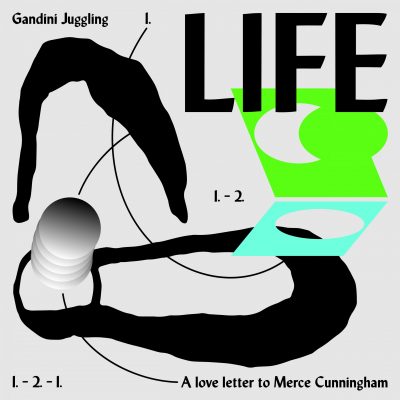