You are here: Home > (LA)HORDE/Ballet National de Marseille | Marry Me in Bassiani

“Thanks to a skillful mix of long silences and deafening techno, of tradition and innovation, the show proves that dance can be a powerful social protest tool - Chroniques d'Aliénor”

The successful French theater collective (LA)HORDE is now in charge at the Ballet National de Marseille. From choreographic work to film and from video installations to live performances, the collective of founders Marine Brutti, Jonathan Debrouwer and Arthur Harel likes to explore the mores and boundaries of diverse artistic disciplines, always keeping the moving body at its core.

Political scope of dance
For them, the relationship between dance and society is the guiding principle. Often working with non-obvious groups – such as over-70s in Void Island, blind people in Night Owl or a group of sweaters in To Da Bone – they investigate the political scope of dance and map choreographic expressions of popular uprisings. For their latest production Marry Me In Bassiani, they engaged with the Georgian Iveroni Ensemble, founded by former dancers of the National Ballet of Georgia. Together they explored the resistance potential of traditional Georgian dance, which has a 1500-year history, and placed it in the context of the most recent example of danced protests in Georgia.

Spectacular Performance
In 2018, after a brutal raid on Bassiani nightclub in Tbilisi, thousands of young people gathered in front of the parliament building in the Georgian capital, then erupted in a spontaneous rave. In doing so, they wanted to peacefully claim their freedom in an extremely conservative country. This was not the first time that dance in Georgia took on a political and anti-establishment dimension. In the communist era, Georgian folk dance – with elements from martial arts and ballet and with its very fast turns – was on the one hand in the service of national unification, but on the other hand it was also an expression of resistance, a means of underscoring the country’s individuality within the Soviet dictatorship. Marry Me in Bassiani is the result of meetings with the members of the Iveroni Ensemble and unites the role that dance had in Georgia in the past and present. In perfectly synchronized movements, the choreography is a mixture of technical skills and techno music, swishing sabers and fluttering love couples. A spectacular performance about resistance, solidarity and the power that is released when people dance together. 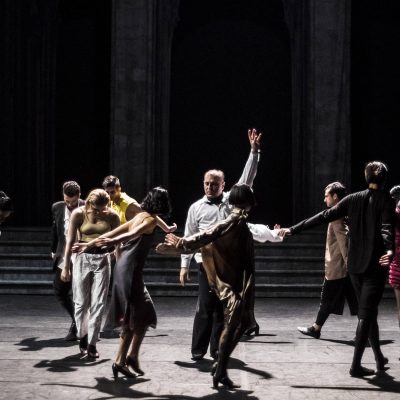 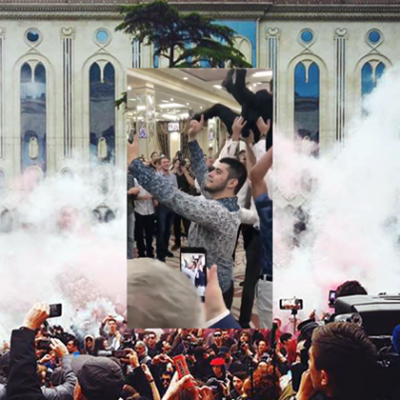 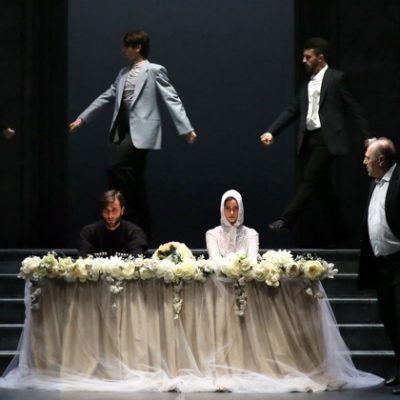