In a programme put together exclusively for this festival we present a triptych of unique works by very different choreographers. Israeli choreographer Emanuel Gat returns to our festival stage with his highly original ‘salsa’ interpretation of Le Sacre du Printemps. Gat’s version created such a stir in 2004 that the production has been ingrained in the collective memory of contemporary dance fans ever since.

Equally a milestone in international dance, AXE is a duet created by the renowned Swedish choreographer Mats Ek, produced first as a film and later as a live performance for his muse Ana Laguna and former Cullberg Ballet dancer Yvan Auzley.

Last but not least, Scalamare is Jiří Kylián’s most recent, short film about an ageing couple’s nostalgic journey back to the place of their honeymoon. NRC Handelsblad called it a film of ‘striking visual beauty’. 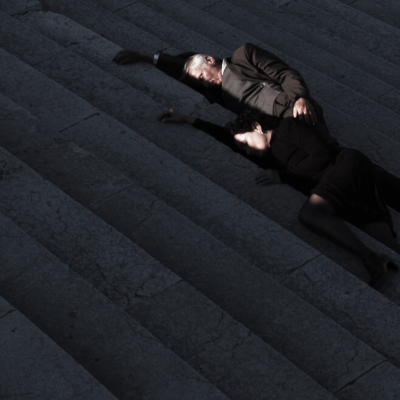