You are here: Home > Stuttgarter Ballett | One of a Kind

Stuttgarter Ballett | One of a Kind

A collaboration of the Holland Dance Festival & Kylián Productions

“One of a Kind offers a rare opportunity to enjoy an evening of the dance art of master choreographer Jiří Kylián.”

The Holland Dance Festival and the Kylián Productions are proud to present the world-renowned Stuttgarter Ballett exclusively with One of a Kind at Amare Den Haag.

“How can an individual exist in a group of other individuals?” That is the question Jiří Kylián explores in One of a Kind. In One of a Kind he gives us poetic, hypnotic dance that incites emotions and reflection. Is there room for the individual in the multiplicity of the masses? But at the same time: Who are we without others? One of a Kind was commissioned by the Dutch government in 1998 to mark the 150th anniversary of the Dutch Constitution. Like the Constitution itself, this work is of great and timeless significance.

One of a Kind is one of the few full-length works in Kylián’s oeuvre. It covers the entire spectrum of Kylián’s choreographic vocabulary, from wild and animalistic to tender and elegiac, from faster than humanly possible to slow motion, from fragile and intricate to spectacular and virtuosic. Women and men dance as perfect equals, and yet their encounter is imbued with a subtle eroticism. Kylián creates poetic, hypnotic images that tap into emotional depths in the viewer and prompt complex thought processes and reactions.

Jiří Kylián & Stuttgarter Ballett
In the fall of 1968, Jiří Kylián was recruited by John Cranko directly from the Royal Ballet School in London to join the legendary Stuttgarter Ballett as a dancer. Two years later he created his first ballet under the auspices of the Stuttgart Noverre Society’s “Young Choreographers” workshop. Cranko, recognizing Kylián’s talent, encouraged him to continue choreographing and commissioned Kylián to create his first choreographies. In doing so, Cranko laid the groundwork for an extraordinary career that has had a lasting impact on the art of dance. Kylián raised the choreographic and conceptual bar with his unique works and broke through boundaries in terms of age limits in dance. He led the Nederlands Dans Theater for 24 years, building a sought-after repertoire and perfecting an unmistakable aesthetic signature.

Stuttgarter Ballett
Stuttgarter Ballett is one of the world’s top dance companies, with over 60 dancers from more than 20 countries, this legendary company performs all over the world. Ballet has a long tradition in Stuttgart, whose beginnings lie at the court of Württemberg in the 17th century and which reached its first peak in the 18th century: the great dance reformer Jean-Georges Noverre worked here from 1759 to 1766.

In 1961, a new era in the history of the Stuttgarter Ballett began with the appointment of choreographer John Cranko (1927-1973) as ballet director. With three legendary new creations, Cranko became the genius innovator of the story ballet genre: Romeo and Juliet (1962), Onegin (1967) and Taming of the Shrew (1969). During the Stuttgart Ballet’s first guest performance in the US in 1969, the term “Stuttgart Ballet Miracle” was coined by American critics.

Today’s diverse repertoire is a delight for both lovers of classical ballet and lovers of contemporary dance. The number of world premieres and renowned choreographers who have created new pieces in Stuttgart is unmatched worldwide. The company’s versatile dancers, who are technically and artistically of the highest caliber, are welcome guests on the world’s most important stages. 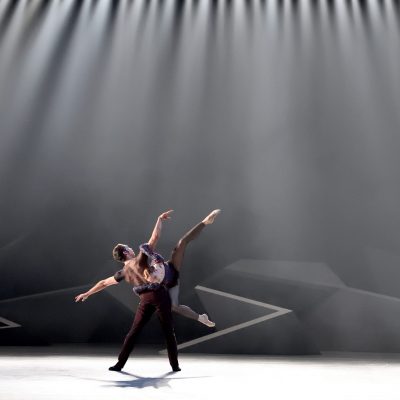